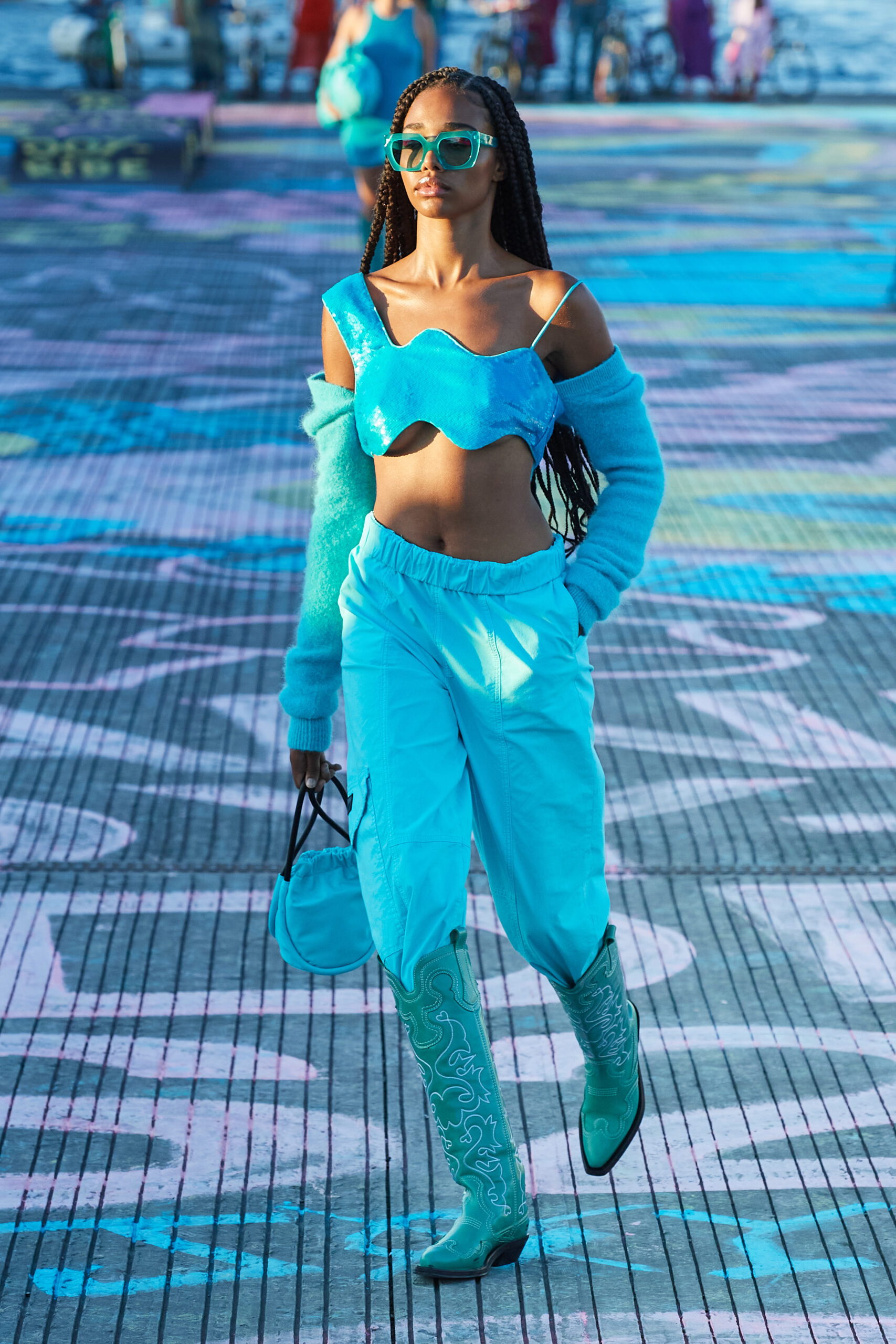 Ganni’s SS23 show was a love letter to Copenhagen in summer.

Can there be a sight more evocative of Copenhagen than a street full of cyclists on their daily commute?  Ganni’s Creative Director Ditte Reffstrup may be at the helm of a multi-national fashion behemoth but, like a majority of her fellow Copenhageners, she starts her morning with a bike ride from home to the studio – a time she uses to clear her head, collect her thoughts and, as importantly, appreciate her surroundings.  These daily joy rides in turn became the inspiration for Ganni’s SS23 collection – one she considers a celebration of summer in the city she loves.

With spectacular views of the harbor, the lantern-like Opera House, and the rapidly rising towers of Papirøren, Ganni’s open-air show gave us a photogenic (and instagrammable) version of the city before the first outfit even appeared.  Notably, though, it was not the traditional postcard-pretty Nyhavn or Kongens Have, but rather one that embraces ambition and modernity and presents Copenhagen as a vibrant, forward-thinking city: characteristics it shares with Ganni itself. 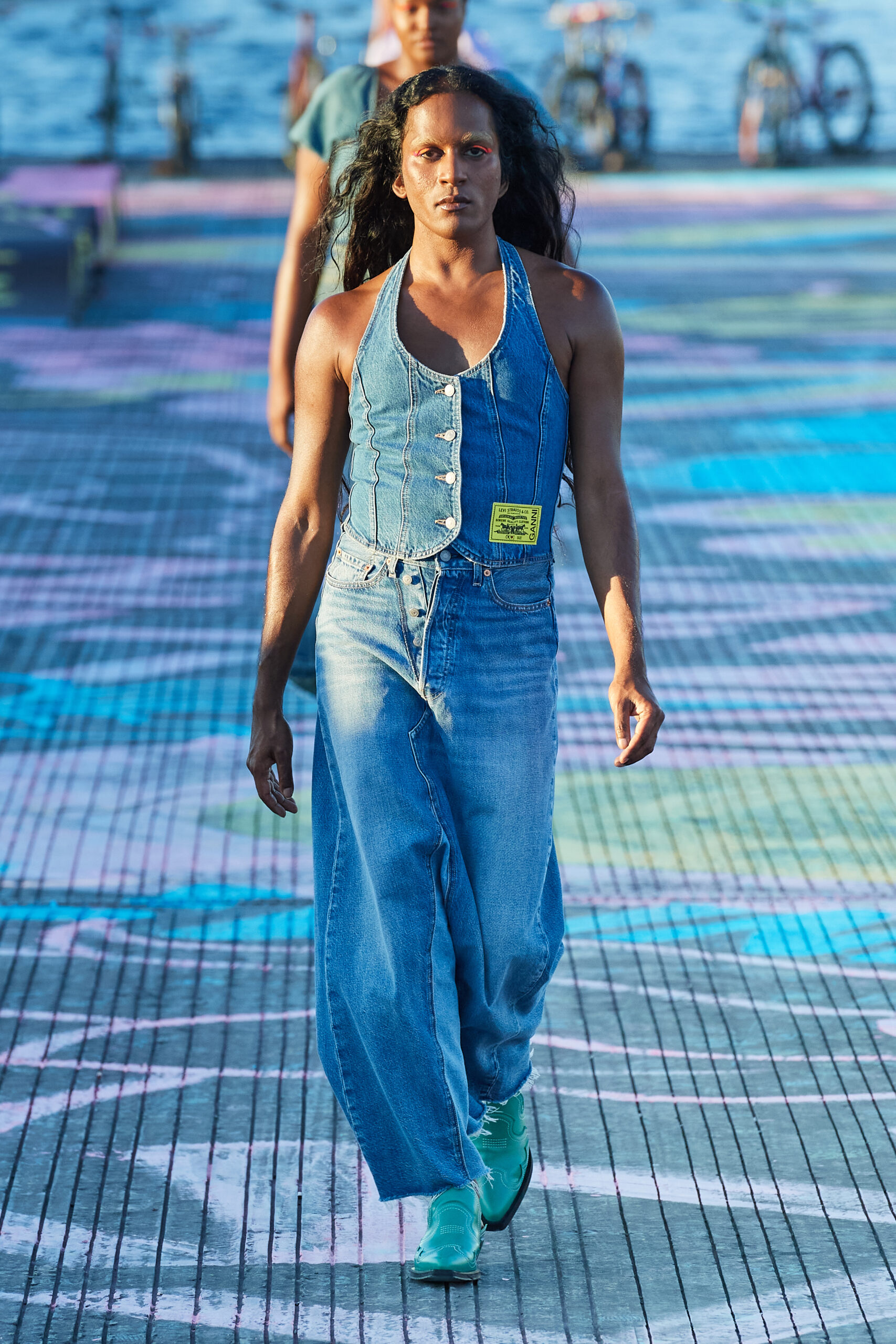 First up was a passage of the new, botanically-dyed denim collab with Levi’s that was more oomph than utility with its curvy peasant blouses, hip-hugging long skirts, and unbuttoned western shirts. Ganni’s pop-art sense of color was also back in wrap-over turquoise blazers, knitted body con dresses, and Fuschia pink cropped jackets that highlighted the waist without any sense of restriction. A group of more practically minded combat pants and ultra-light parkas hinted at the reality that a bike ride, even in Scandinavian summer, can involve a downpour or two. 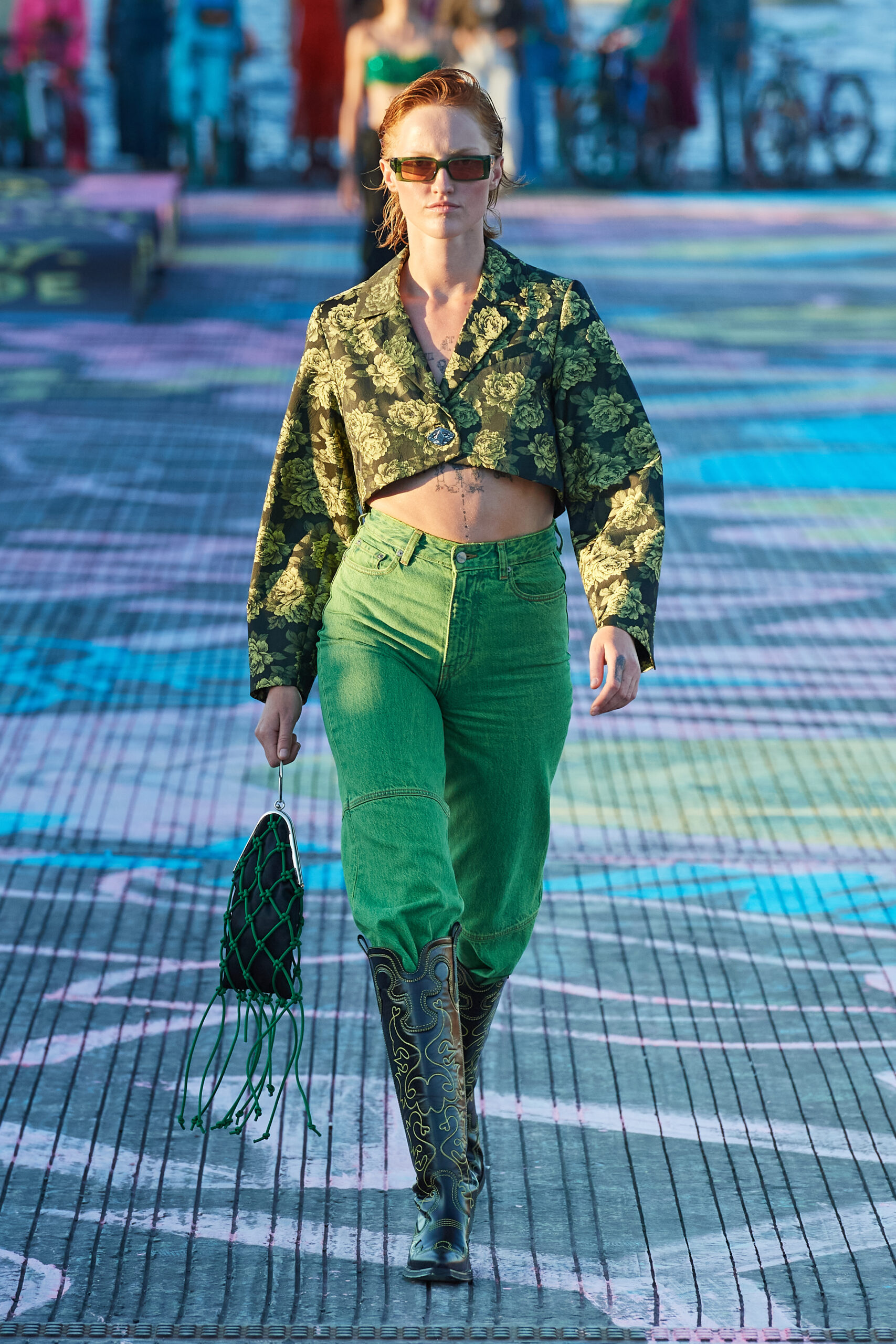 The emphasis this season was less on print than usual but textured floral jacquard in mossy green looked great as a shift dress or cropped jacket and Ganni’s signature leopard print was fabulous in a puffed sleeve top and full skirt. On a more sporty note, the initial letter G has been mirrored on itself forming a new logo that resembles a graphic butterfly.  Used more as a decoration than a branding exercise, it appeared printed on mesh dresses, picked out in crystals on jeans, and even on the front of a swimsuit. Then, as the sun gradually dipped behind the city’s famous spires, the Ganni girl got her evening look – rhinestone-encrusted mesh dresses and tops, worn almost casually under a slouchy tailored jacket.  After that, there was really only one way to finish the show: with models cycling down the wide runway in a finale that underlined the magical spirit of a Copenhagen summer evening. 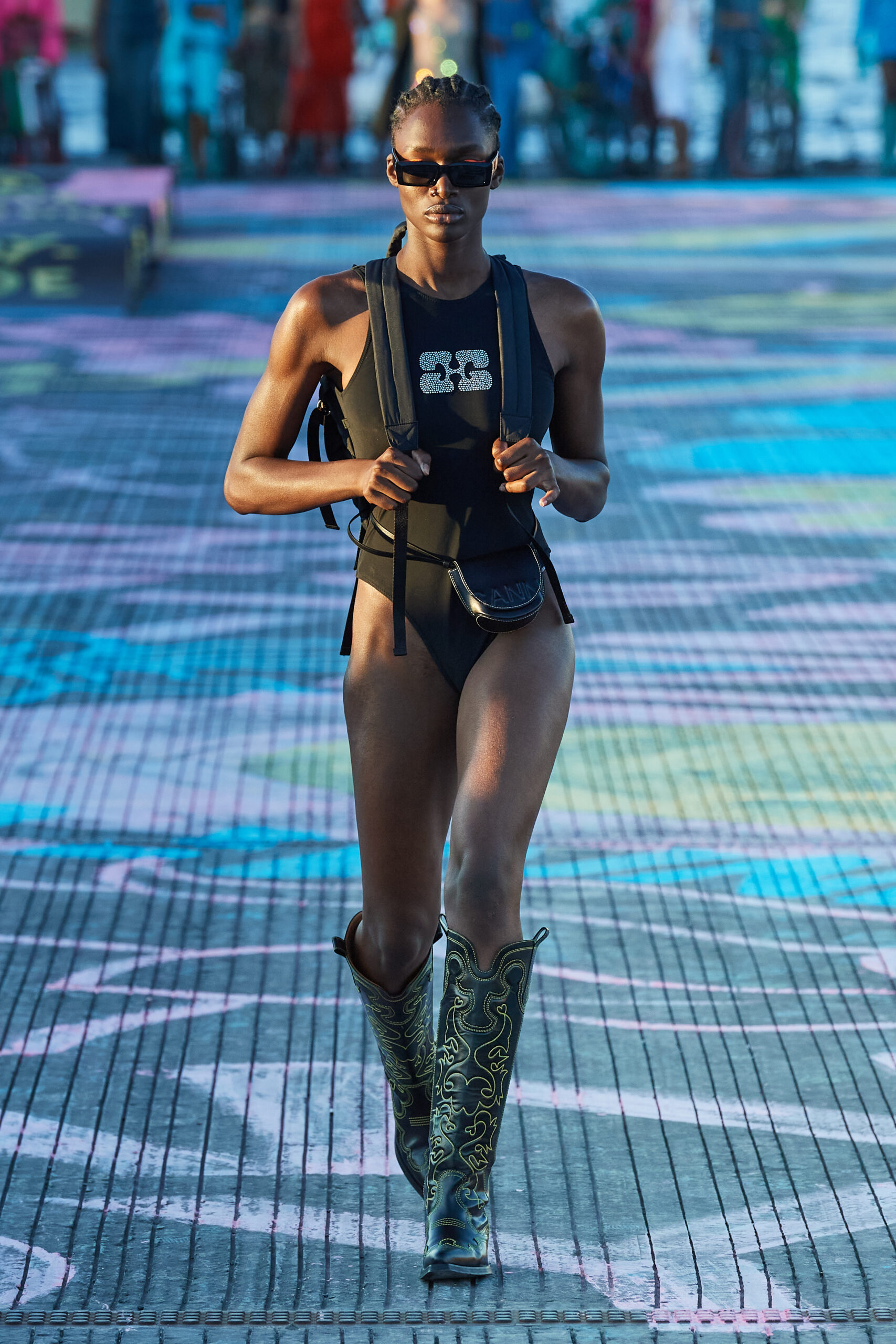