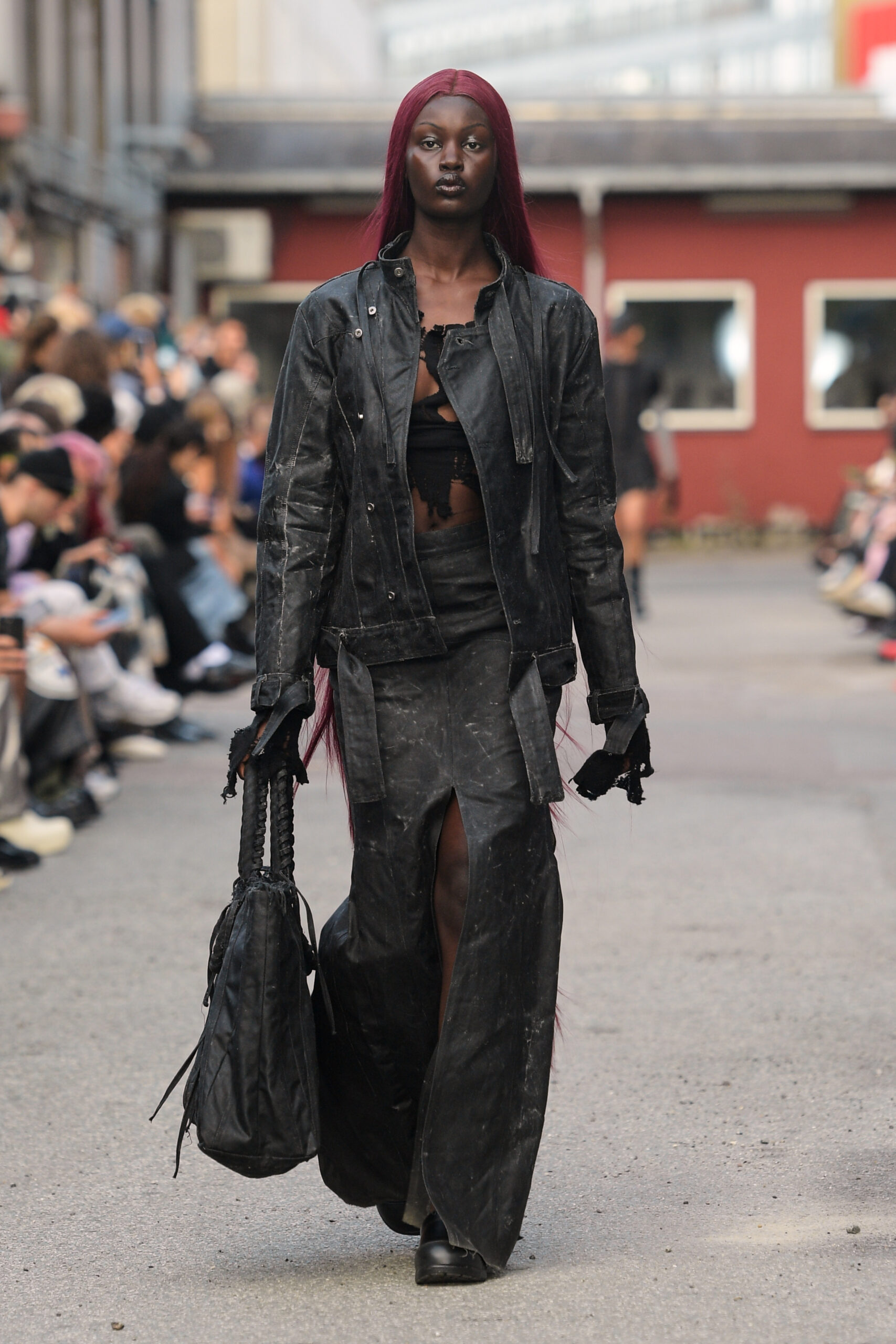 Before their presentation, P.L.N.’s creative director Peter Lundvald Nielsen stated his aim was to challenge the polished Danish fashion establishment and show a darker and more raw identity.  Here are three ways they tried to shake things up.

In marked contrast to the bright colors and strong prints that have become a mainstay of Danish fashion over the past couple of years (though noticeably absent in a lot of today’s shows), P.L.N. showed an (almost) entirely black collection. ‘Black is not just black’ argues the design team but instead is a platform to show a wide range of textures and techniques with no distraction. Cue oilskin, canvas, and denim, often constructed with raw edges and frayed hems. Even the show music joined in the all-black theme with a (frankly terrifying) performance by artist Blackhaine and producer Croww… 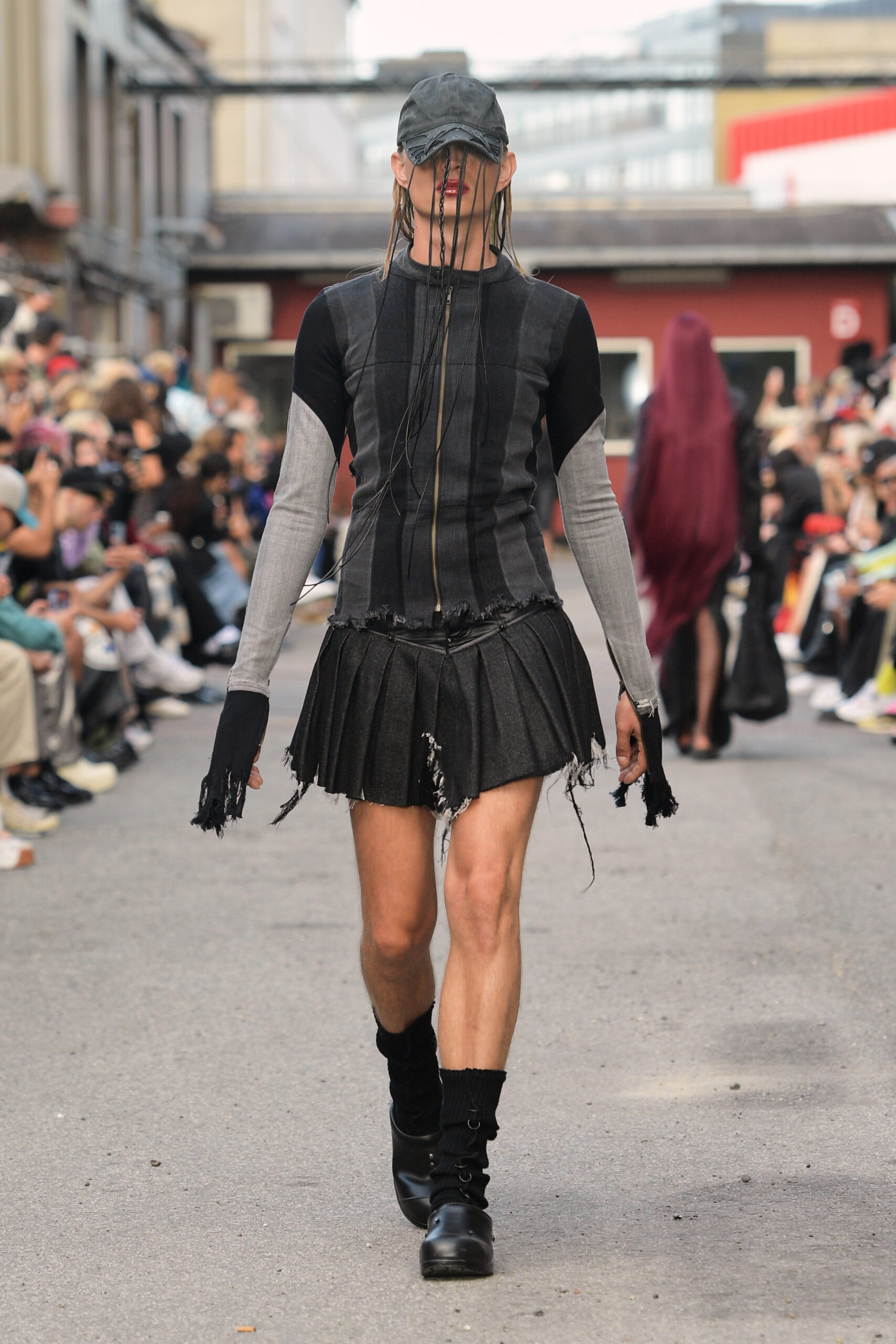 The presentation, held outside an industrial warehouse with the audience perched – somewhat precariously – on breeze blocks, was about as far away from Danish hygge as is possible to imagine. Jeans were torn apart and reconstructed into new Frankenstein-monster versions with cold bare flesh appearing between slits at the thigh. Shredded knits were worn with intricate leather patchwork skirts whilst huge sailcloth coats were paneled from a dozen vintage pieces. The finale dress, risen from the graveyard of a hundred vintage black denim jeans, was fit for a zombie bride. But behind the theatricality and battle-zone drama was an astonishing, almost Haute Couture level of craftsmanship, a very palpable sense of creativity, and a real understanding of the body beneath the clothes.

Copenhagen Fashion Week has been, for a few seasons now, at the forefront of representation and diversity for female models, with brands featuring a mix of sizes, ages and ethnicities on the runway. But weirdly, this has not been the case with their male colleagues who, for the very most part, are still slim and young.  So it was gratifying (at least for this member of the audience) to see at least a couple of older and bigger guys stomping down the runway. Let’s hope we see more in future shows. 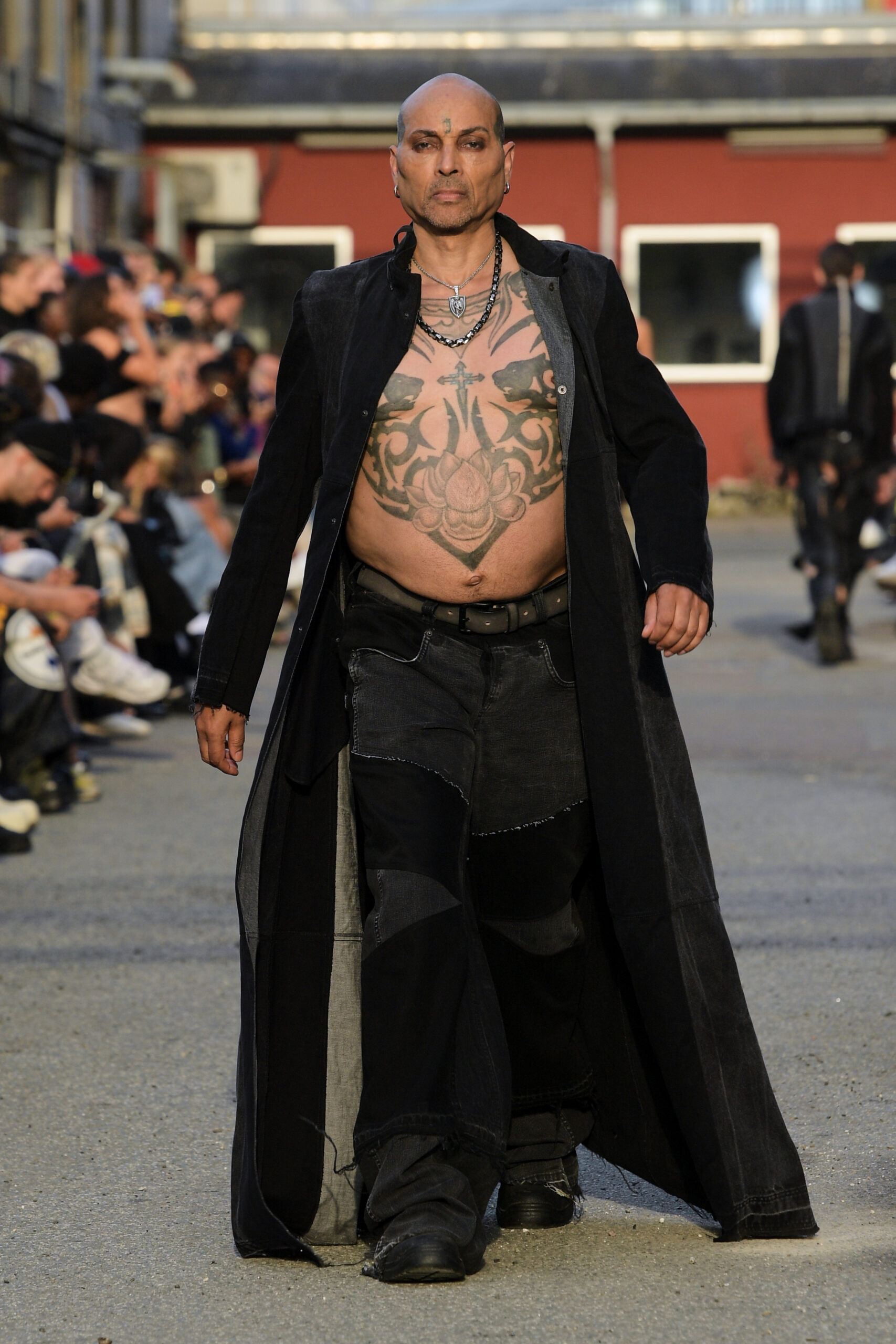