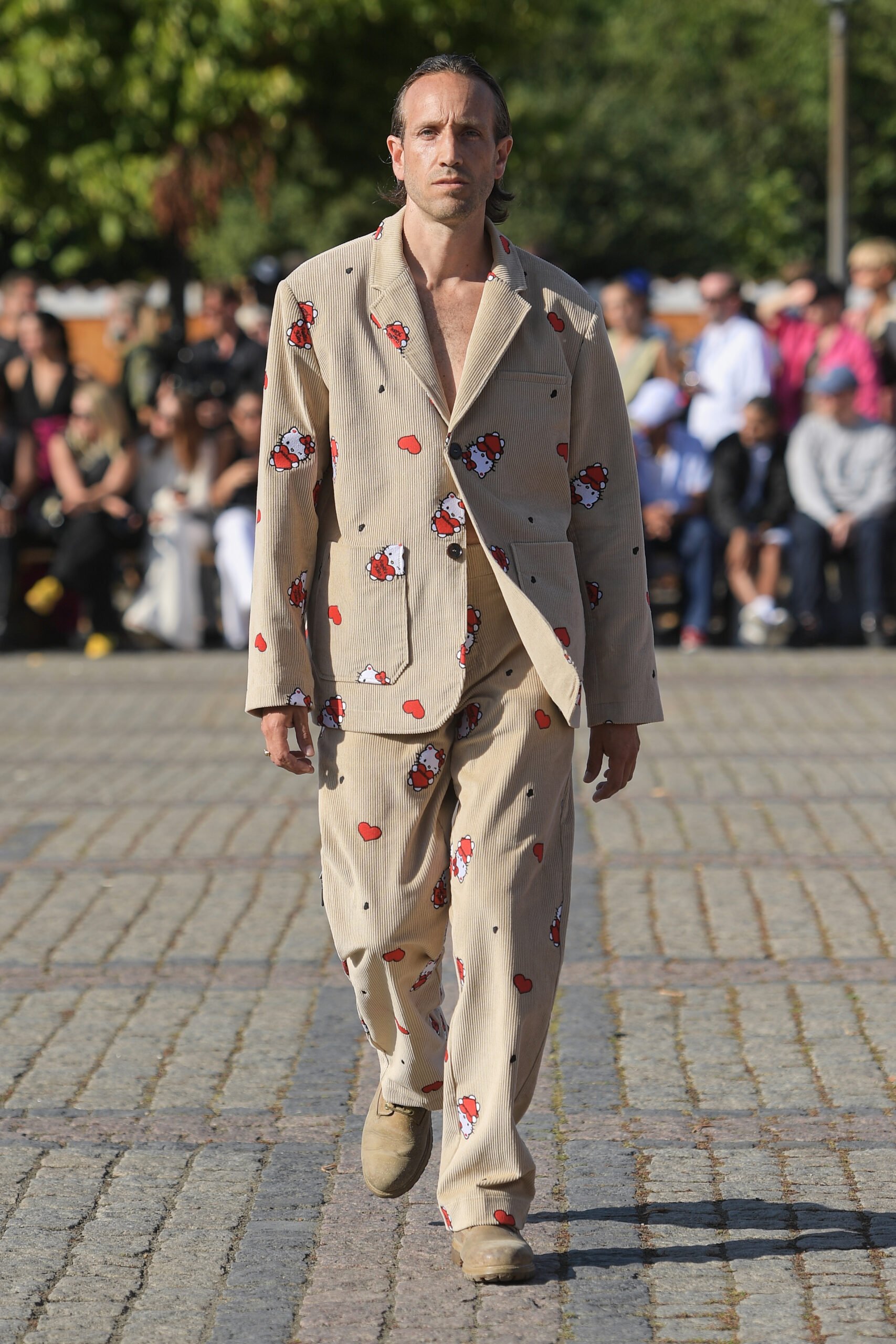 The Devil on our Shoulder

Hello Kitty had a showdown with a Spring Devil at the Soulland show. But who won?

You can always rely on Soulland to put on a show that has a sense of drama. Hot on the heels of their guest spot at Pitti Uomo in Florence in June where models traversed the spectacular marble staircase of the Maggio Musicale concert hall, the brand chose the square in front of the romantic English gardens of Frederiksberg Have as the venue for their SS23 presentation. Ever the storyteller, Silas Adler constructed a detailed narrative –  this time called The Spring Devil – as a base for the collection: part of a longer fable that involves a ‘Brain House’ inhabited by imaginary creatures that will manifest themselves over the next three seasons. Translated into the real world, this means clothes that convey a playful spirit with a sense of mischief and a lot of energy – the kind of collection that has made Soulland the darling of the creative set for the past two decades. 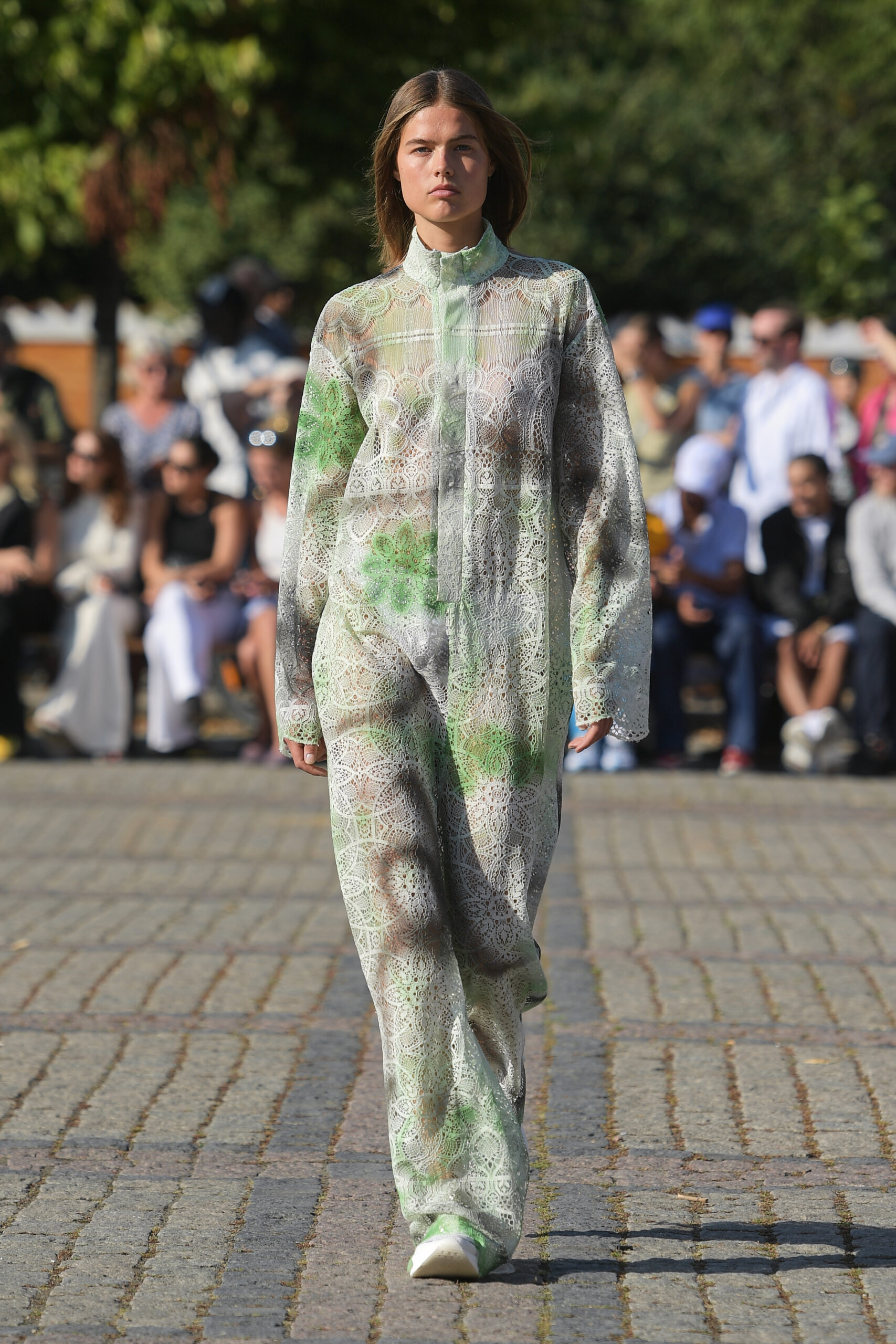 Designed to be totally gender-free, Soulland leaves it up to the customer – and maybe the little spring devil on their shoulder – to decide what pieces work for them and in what context.  In the first passages of the show, this meant playing with a lot of different textures. Lace dresses, tops, and skirts (worn of course by girls and boys), jumbo cord, and bubbly jacquard worked into boxy suits in nude and pale pink tones, multi-patterned patchwork knits kaftans, and even a smattering of metallic faux leathers with the patina of well-used pewter.  But it is when Soulland turned to print that the magic really started to happen.  The usual roses and florals, so much part of the brand’s DNA, this time turned into oversized paisley which had a naive, folkloric charm but given edge in bandeau tops and flowing skirts. Then the aforementioned lace returned, but this time spray painted in graffiti or paneled into bold monochromatic stripes. 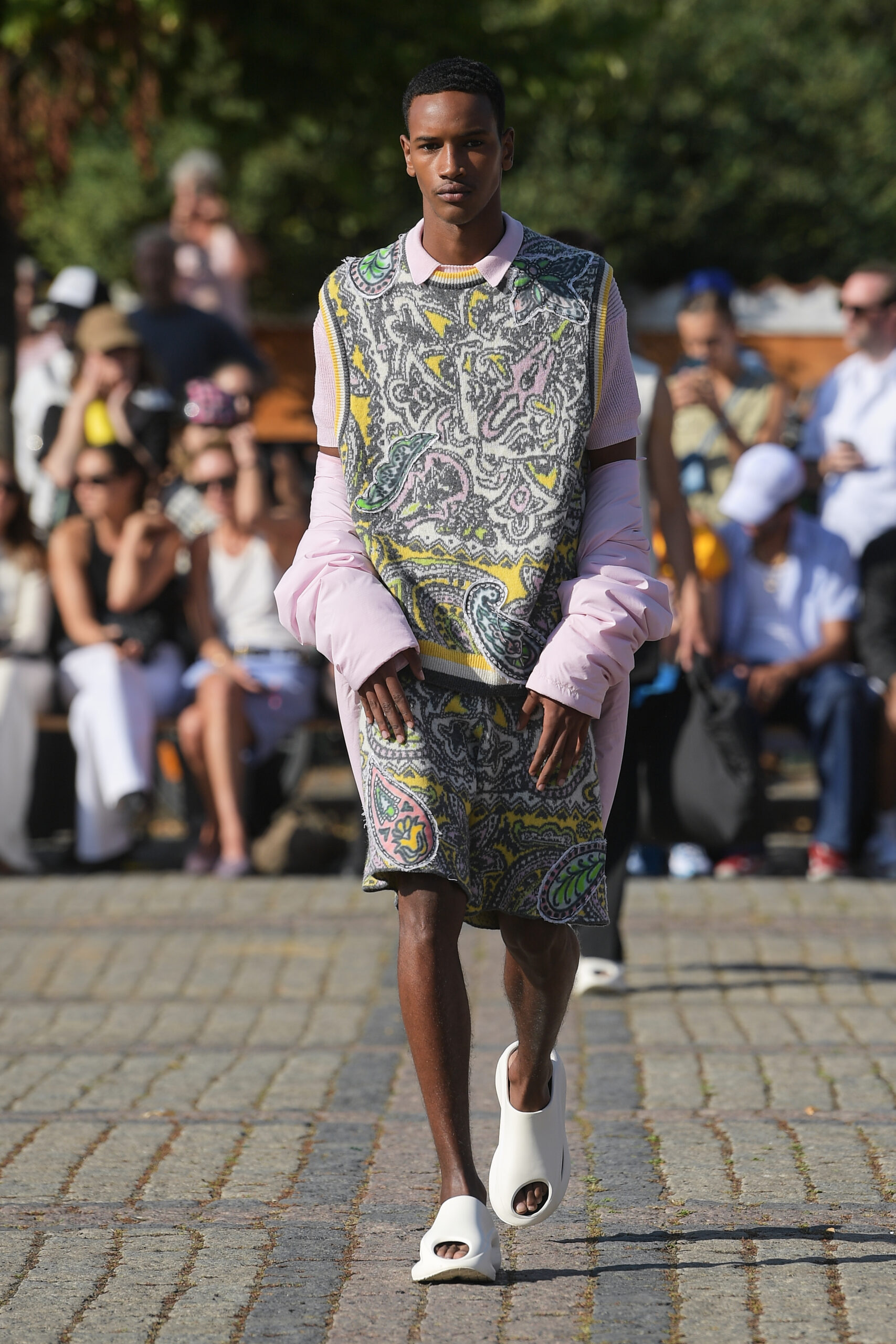 The Spring Devil himself appeared as bold intarsia on the front of knitwear, as sculptural soft bags, and even as (hopefully fake) tattoos.  But he met his match in Soulland’s latest collaboration.  Well-known for their creative work with iconic cartoon figures in previous seasons, this time the design team turned to the princess of kitsch kawaii herself – Hello Kitty.  Printed on totally desirable short-sleeved shirts, embroidered onto corduroy suits, and even made (partly) tough by being appliquéd onto a leather jacket, the eternally cute cat made herself the star of an energetic and light-hearted show. 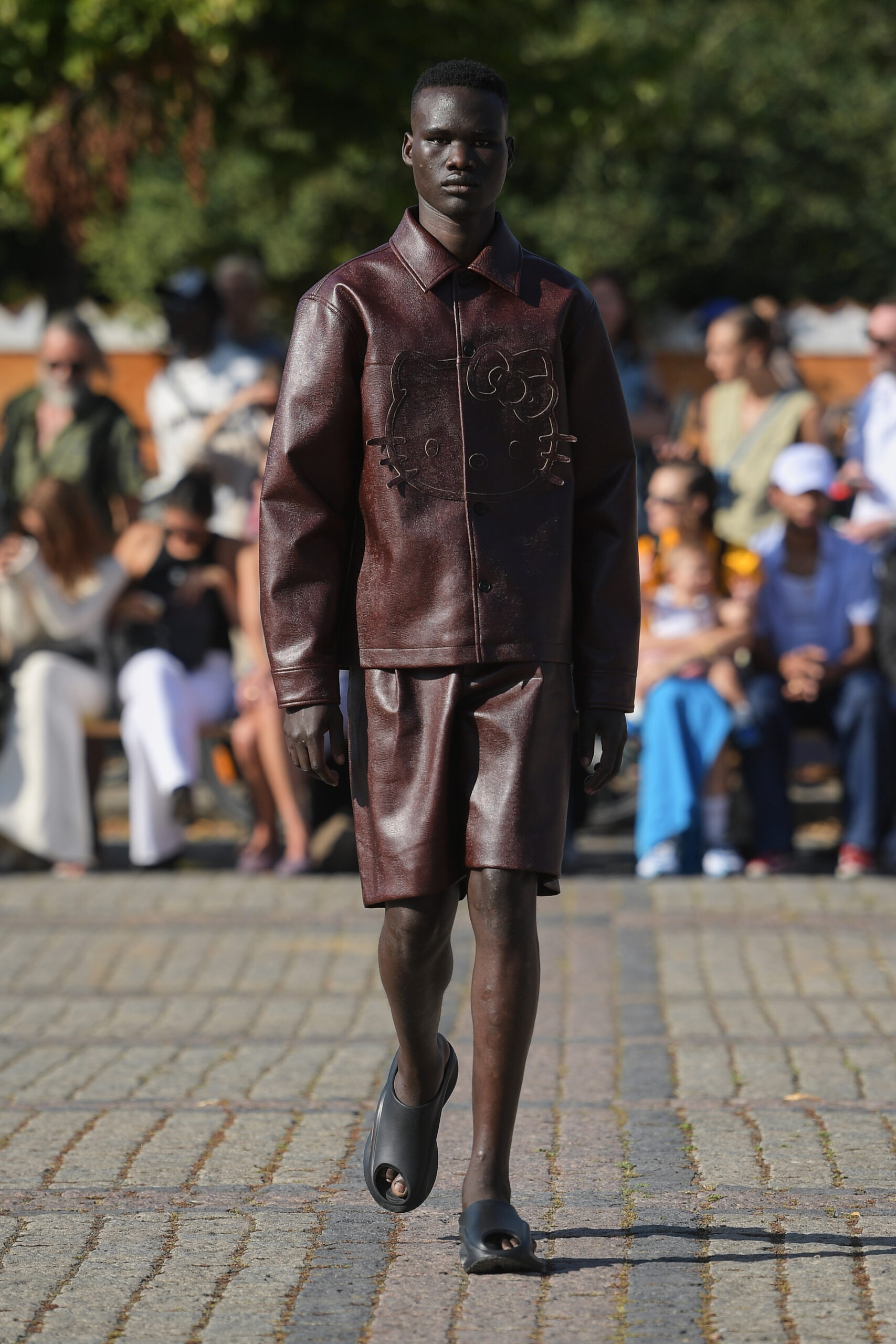